Teach a Man to Fish

Just before World War I, the Farley brothers set up shop in Port Aransas. Fred Farley built fishing boats and Barney Farley guided fishermen to where they were biting.
Both became well known in Texas and beyond. People came from all over to get Fred to build them a boat, and to fish with Barney… especially for tarpon.
In 1937, a fella from New York hired Barney to take him out in search of Silver Kings. He had been a sportsman all his life, but had never fished for tarpon, and had come to learn from the best.
He had come to the right place.
Here’s how Barney told the story:

The man with the big smile and firm handshake had at least $50,000 worth of the most beautiful rods and reels I have ever seen.
There was only one thing wrong: Not one of the rigs was suitable for tarpon fishing. All of them were too big. You could have handled an alligator with the smallest rod and reel among them.
I wondered if I would offend him if I spoke frankly. But, somehow, I knew I wouldn’t. His greeting was still fresh in my mind. “I have heard a lot about you, Barney,” he had said, “and I am pleased that you are going to teach me how to fish.”
He wanted to catch tarpon and I was certain he wanted straight talk.
So I turned to the President of the United States and spoke my mind.
“Mr. President,” I said, “I couldn’t find a single outfit in your tackle room suitable for tarpon fishing.”
Franklin D. Roosevelt was surprised, I could tell. But he accepted my judgment. Instead of fishing with the heavy artillery that lined the walls of his tackle room, he fished with the light tackle outfit I gave him. 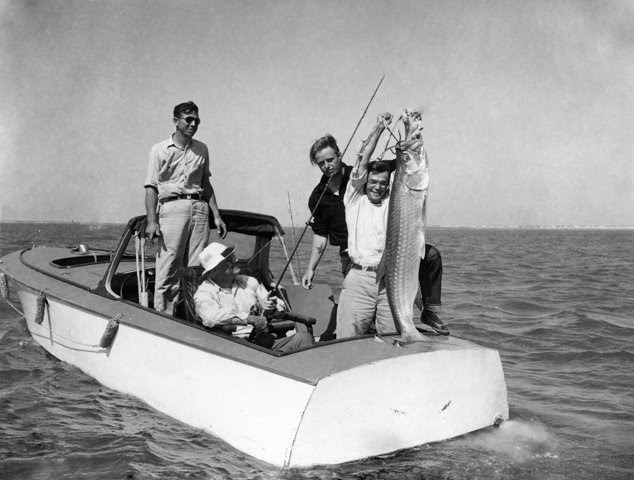 The Student is Successful: FDR, Barney, and Tarpon

The President had a great time. He caught a tarpon that was a whopper. It gave him a terrific fight. The fight lasted one hour and twenty minutes.
When we got the tarpon aboard, Mr. Roosevelt was so happy he rubbed his hands all over the big fish.
Then he turned to me and said: “This is wonderful, Barney. I will never fish with any other tackle.” 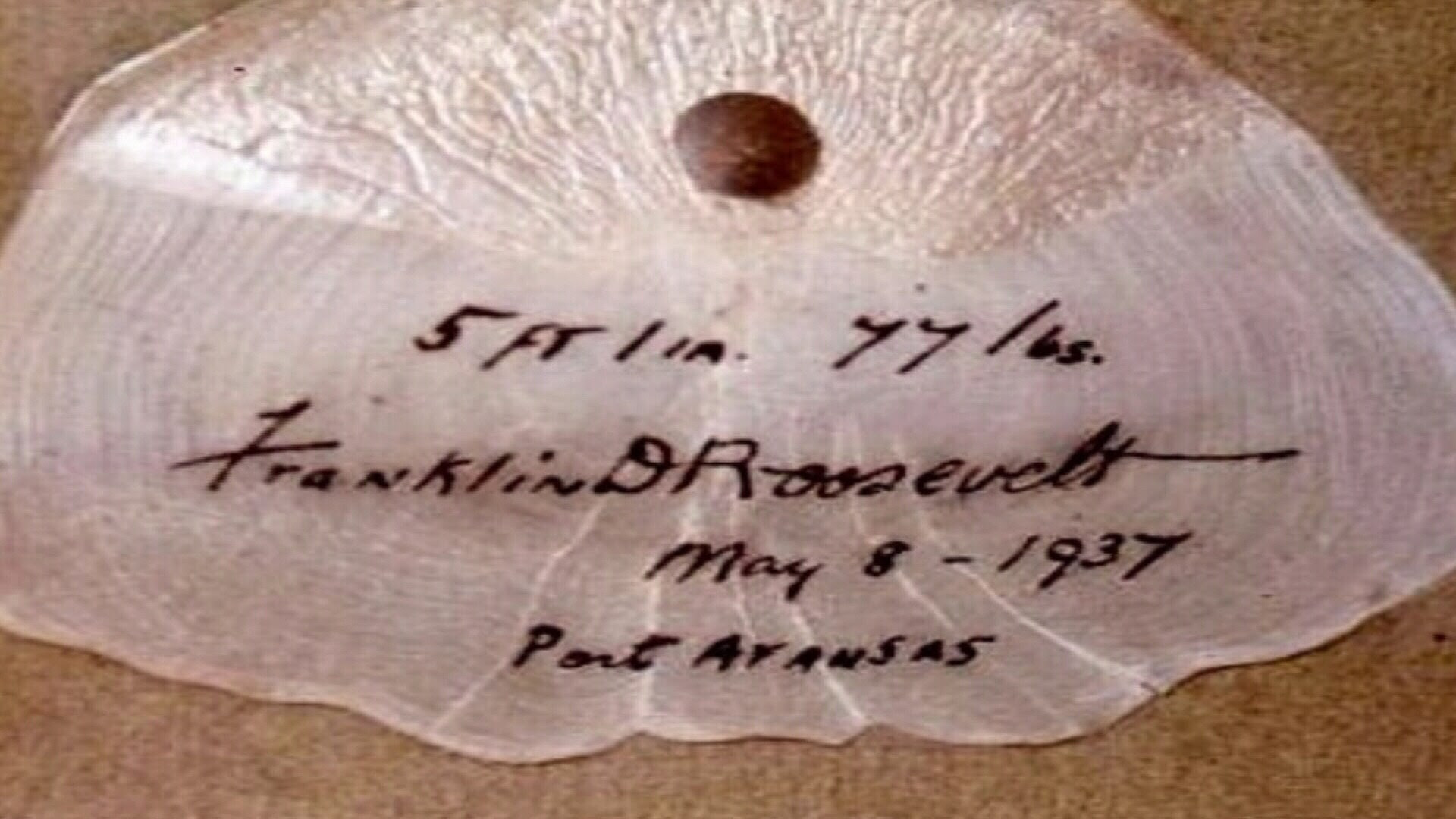 A Tale of Two Texas Summers

The Man Who Drew Texas

The Battle of San Jacinto in 900 Words